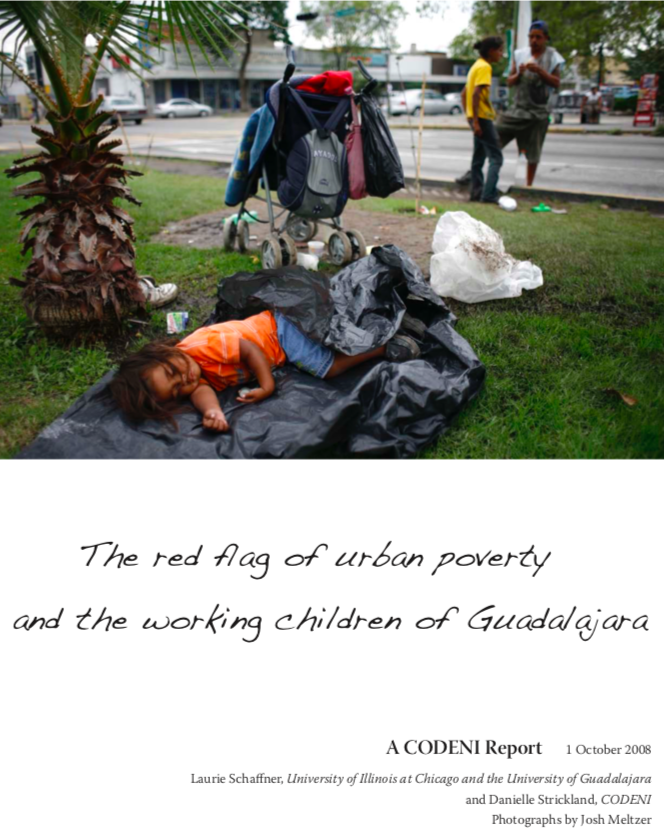 Sometimes we hear the words “children living in poverty” and our eyes glaze over as we think, “I can’t possibly do anything about such a large world problem.” Pick a city on the planet—according to a 2008 United Nations report, half the world’s population now lives in cities—and you can witness children growing up in conditions of extreme deprivation. One cannot escape witnessing the devastating effects of globalization, racism, neoliberalism, sexism, and social injustice in Guadalajara, Jalisco, a thriving Mexican metropolis of over 4 million people, where small children work in the streets selling chewing gum, washing windshields, and worse (Aguayo Quezada 2008). The Colectivo Pro Derechos de la Niñez (CODENI) formed to do something about it.

CODENI is a non-governmental agency, founded in Guadalajara in 2004 as a collective that “strives to promote a critical and participative consciousness among marginalized youth; generate understanding of the reality of youth in Jalisco; influence public policies; and promote a culture of respect towards youth and their rights” (www.codeni.org.mx). Research by founding members studying “The Rights and Needs of Youth,” at the Instituto Tecnológico de Estudíos Superiores de Occidente (ITESO), identified the conditions of impoverished neighborhoods
in the metropolitan zone of Guadalajara (Zona Metropolitana de Guadalajara) (ZMG) as one of ten most significant “red flag issues” affecting Jaliscan youth (see table 1). This report is the result of local qualitative research directed by CODENI’s research team whose objective is to generate and disseminate information about the reality of children’s rights in Jalisco.